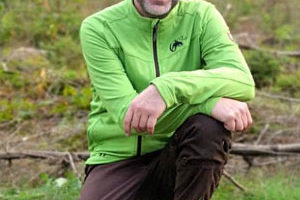 I came in touch with Oger SARdogs with Ellen after a rubble search workshop and an avalanche training in Austria.

Before I became a member of Oger SARdogs I mainly trained IPO and KNPV (Dutch Police Dog Association). I started at the VDH (Breed club for German Shepherds) and later in the IPO as a helper and after a few years I also started training myself with a dog, Uran, a grey German Shepherd.
After Uran came Perro, a Malinois. I first trained IPO with him and then I continued with him in KNPV training. The last dog I trained myself was Zilla, also a Malinois and with her I also trained KNPV.

Since 2004, Ellen and I have our own dog school where we help students raise their dogs (or better: where we educate students how to handle dogs….). In addition to being an instructor at the dog school, I am also a cynological behavior therapist.

I am proud to be part of Oger SARdogs and to be able to contribute to the training of deployable dogs. The way we train the dogs and therefore each other as team members is very positive, with the focus on independently working dogs.